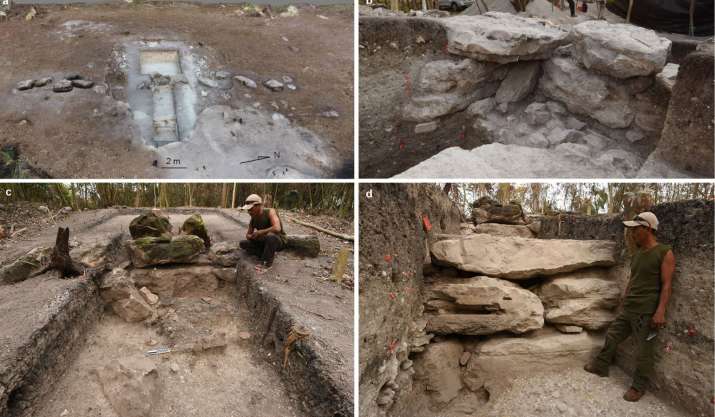 “A high-resolution lidar survey conducted by the National Center for Air-borne Laser Mapping (NCALM) and a low-resolution lidar survey by the Instituto Nacional de Estadística y Geografía (INEGI) in our study area revealed 21 ceremonial centres in a standardized spatial configuration, which we call the Middle Formative Usumacinta (MFU) pattern. The MFU pattern is characterized by a rectangular shape defined by rows of low mounds, oriented roughly north–south,” the report filed at nature.com read.

“At the centre of each MFU complex is a so-called E-group assemblage, which consists of a round or square western mound and an elongated eastern platform. Many other sites in the Maya lowlands that date to the Middle Preclassic and Late–Terminal Preclassic periods have E-group assemblages, but no rectangular site plans are found to the east of our study area19. We also found smaller versions of the MFU complex—measuring less than 400 m in length—that we call ‘minor MFU’ complexes. Moreover, there are roughly rectangular complexes that exhibit less formal shapes, without a clear E-group assemblage.”

“It is so huge horizontally that if you walk on the site, it looks like a part of natural landscape. You would not recognize its rectangular shape. But in lidar it came out nice,” said Takeshi Inomata, a professor of anthropology at the University of Arizona and the lead author of a paper on the discovery.

“Without lidar, we probably would recognize the importance of this site eventually. But it would have taken many seasons of laborious mapping on the ground,” he added.

Although the site exhibits some similarities to the earlier Olmec centre of San Lorenzo, the community of Aguada Fénix probably did not have marked social inequality comparable to that of San Lorenzo. Aguada Fénix and other ceremonial complexes of the same period suggest the importance of communal work in the initial development of Maya civilization.

Estimate Size of the Temple 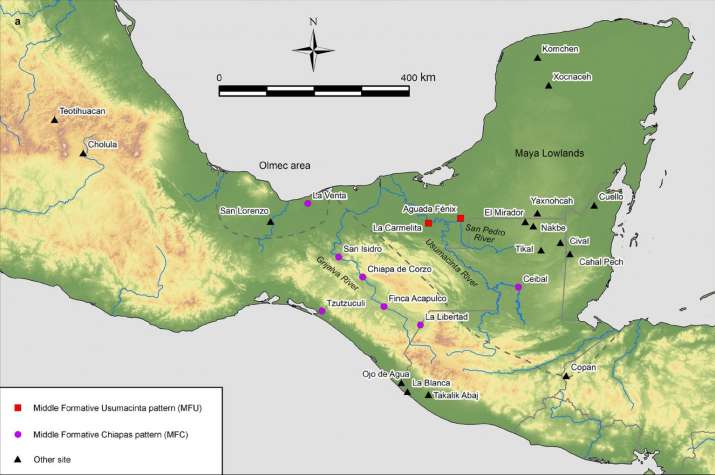 “In addition to the excavations, we conducted auger tests in the main and west plateaus at Aguada Fénix to estimate their construction volumes. The results suggest that the builders constructed the main plateau over a natural rise of bedrock,” the report further stated.

The volume of the main plateau surpasses that of the La Danta complex at the Late–Terminal Preclassic centre of El Mirador, the largest construction previously known in the Maya lowlands.