Nissan has just previewed its upcoming compact SUV for India with the premiere of the Magnite Concept. Revealed in rendering videos, the Nissan Magnite Concept is our best indicator yet of what the final product will look like.

Nissan has teased various elements of the Magnite Concept in the past, but it’s only today that the SUV has been shown in full. With its gently sloping A- and C-pillars, the Magnite has a crossover-like stance, which will make it instantly distinguishable amidst its more traditionally shaped compact SUV rivals. Exaggerated wheel arches add mass to the look and the sculpted bonnet also helps make the Magnite look ‘full-bodied’.

Styling is new-age Nissan. The peeled-back headlamps link the Magnite to the larger Kicks, while the sizeable grille helps establish a connection with Nissan’s largest SUVs. The octagonal design of the grille and large L-shaped DRLs are very Datsun, however. Interestingly, the Magnite began life as a Datsun project, but will finally make production badged as a Nissan. Chrome and red details embellish the grille, while the front bumper sports a rugged-looking scuff plate.

Nissan has not released further details, but you can expect the off-road tyres and the stylised wheels to be restricted to the concept only. 16-inch wheels are the norm in the compact SUV segment and something we’d expect on the production-spec model too. The chunky cladding on the wheel arches and door sills, blackened A-pillars and contrast roof, and chromed door handles are elements you can expect to make production. 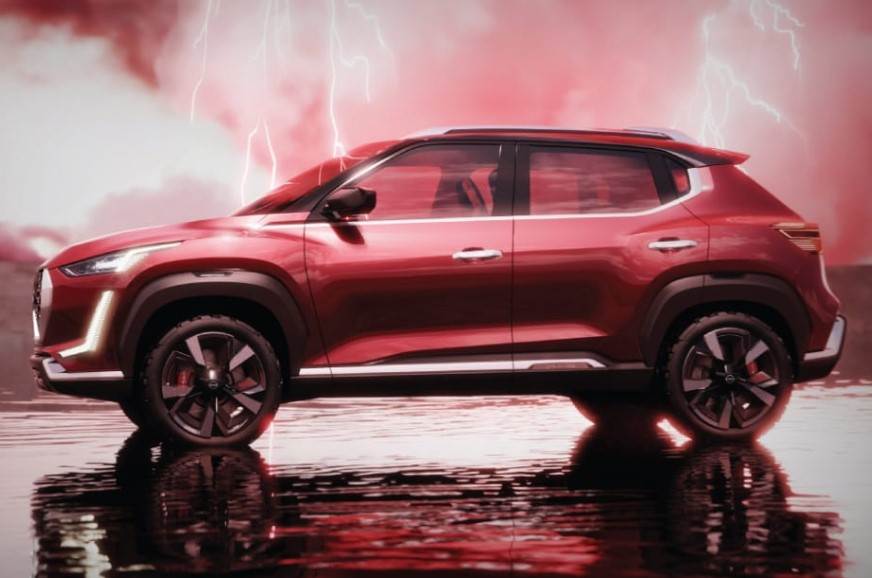 Rear-end styling is tidy with LED headlamps flanking a chunky tail-gate. The rear bumper gets brushed silver elements and a scuff plate, though the look will likely be toned-down.

Nissan did not reveal the Magnite Concept’s interior, but brand spokespersons did touch upon cabin space in their presentation, suggesting the model could be among the roomiest in the class. Nissan also confirmed that the Magnite will be big on features, with an 8.0-inch touchscreen, connected tech, 360-degree cameras and cruise control being part of the package. Auto climate control and steering-mountedcontrols are other features expected. 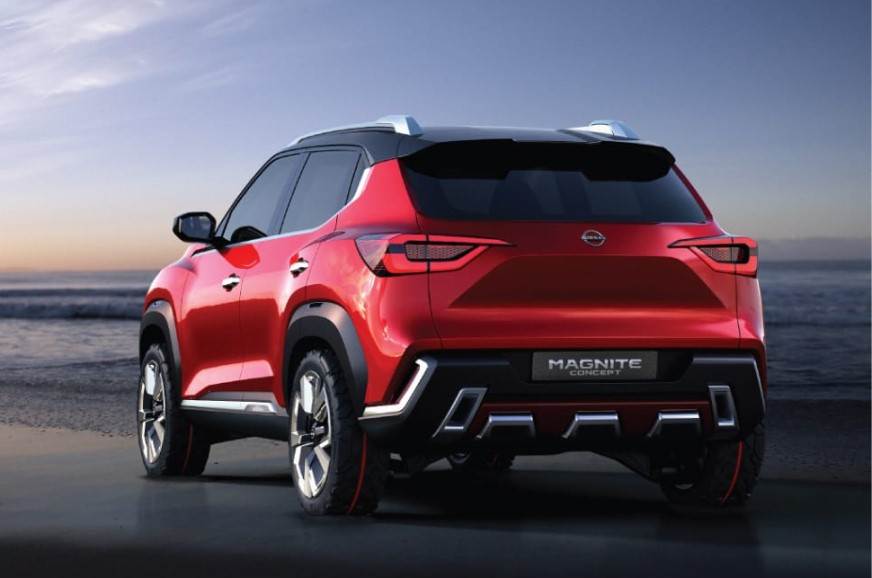 When does it come to India?

The Nissan Magnite will go on sale in India ‘within the financial year’, though Autocar India has learnt the model is scheduled for a January 2021 launch. The Magnite will be available with a total of four engine-and-gearbox options. The range will include a 72hp, 1.0-litre naturally aspirated, three-cylinder petrol engine available with manual and AMT auto gearbox options, and there’ll also be a near-95hp1.0-litre three-cylinder turbo-petrol unitthat’ll get manual and CVT automatic transmission options.

Renault-Nissan’s manufacturing facility in Tamil Nadu will be the mother plant for the Magnite.

We’ll have to wait until January next year for more details, but expect an aggressive price tag for the Magnite. An expected ex-showroom starting price of as little as Rs 5.25 lakh will see it undercut its compact SUV competition.

Termed a “transformational product” by Nissan COO Ashwani Gupta, the compact SUV has a lot riding on it.  If the Magnite Concept is anything to go by, Nissan India could just have its first big hit in a long time.