Audi has taken the wraps off the updated and facelifted version of the new Q5 SUV. The new Q5 is sharper, sportier and features visual updates on the exterior and changes on the interior – primarily with regards to the tech you get.

What’s new on the outside?

The most obvious change on the Audi Q5 facelift is the updated front-end with the new octagonal single-frame grille that is now a lot shallower than before and loses the brushed silver bezel that connected it to the headlamps. This visually makes the grille look a lot larger than it is on the current Q5. Audi will also have the option of a traditional grille with more chrome elements.

The front bumper has been reworked as well, and now is a lot more chiselled, while the side intakes, too, have grown in size and now sport blacked-out inserts. Around the rear, the differences are a little more subtle. There is a trim piece that now connects the tail-lamps and the rear bumper – just like the front – is sportier with new vents and integrated exhaust tips.

One of the most important changes to the Q5 has to be the new headlamps and tail-lamps. As expected, the Q5 now gets a totally new LED daytime running light setup that is a lot sharper and more aggressive than the outgoing model’s. LED headlights are now standard across all variants while the Matrix LED headlamp is an optional extra on higher variants. The tail-lights too get a redesign and now come with digital OLED (organic LED) tech. Press the lock or unlock button and a rather cool pattern greets you. Customers can then even choose between different lighting setups when they spec the Q5. Putting the car into dynamic mode also changes the lighting pattern and although this might be seen as a bit of a gimmick – combined with the dynamic turn indicators – it is rather cool. 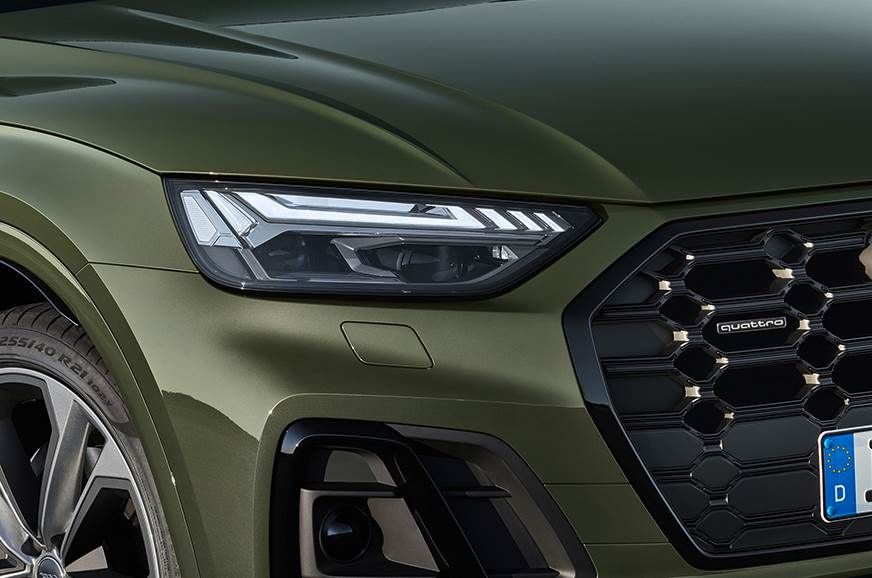 The new headlights on the facelift house much sharper looking DRLs.

What’s new on the inside?

Inside, while the visual changes are minimal; there is clear focus on tech. The central screen has been up-sized from the older 8.3-inch setup to a larger 10.1-inch touchscreen unit. The system is from Audi’s MIB 3 or Modular Infotainment Platform and is said to be 10 times faster than its predecessor. The Q5 also gets connected car tech and as a bonus, Amazon’s Alexa platform too. As a part of the connected car tech, Audi will also offer a feature called ‘functions on demand’ that offers the option of activating additional features like the Navigation Plus; the navigation tech now offers high-res images via Google Earth or Audi’s smartphone interface via over-the-air updates through the MyAudi app. 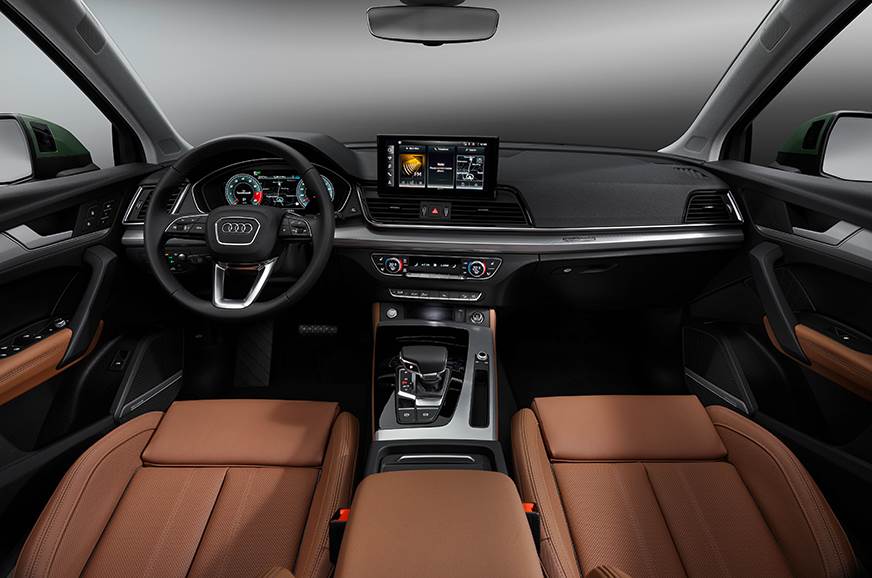 Taking centre-stage on the dashboard is the large 10.1-inch infotainment screen.

The central control system on the transmission tunnel has now been removed, with a more driver-oriented control that is on the steering wheel, replacing it. The Q5 will also have an optional heads-up display available.

There are no changes in terms of cabin space, however.

What’s new under the bonnet?

While globally, Audi will continue to offer the Q5 facelift with both petrol and diesel engines, in India, the SUV will only come with one petrol engine. The India-spec Audi Q5 facelift will come with a 2.0-litre TFSI petrol engine in the 45TFSI spec, most likely making 245hp and 370Nm of torque; identical to the spec on the current A6 that is available here. The Q5 will also get a mild-hybrid setup to improve fuel economy. The engine will be mated to a 7-speed S-Tronic dual-clutch gearbox, while Quattro all-wheel drive will be standard. 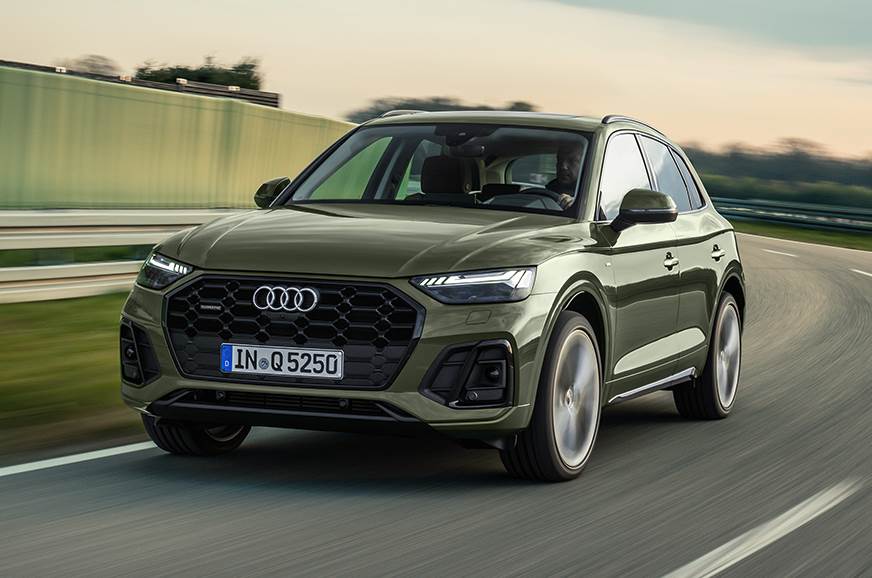 The India-spec Q5 45TFSI will be powered by a 245hp mild-hybrid powertrain.

When does it launch in India?

The new Audi Q5 will go on sale in international markets by late 2020 but will only come to India in 2021. The facelifted model will also mark the return of the Q5 to the India range. Audi had sold out the Q5 in the run-up to the implementation of BS6 emission norms earlier this year.

The Q5 facelift will take on the Mercedes-Benz GLC and Land Rover Discovery Sport – both of which have been updated recently – as well as the BMW X3 and Volvo XC60. Expect Q5 facelift prices to be in the region of Rs 55 lakh (estimated, ex-showroom).