Ahead of the Diwali Deepostav event to be held in the Ram Janmabhoomi town, Ram Ki Paidi — a series of ghats on the bank of River Saryu in Ayodhya — has been illuminated to celebrate the auspicious festival. River Saryu is the place where a large number of pilgrims visit every day to take a sacred bath in holy Saryu waters. The river front brings forth an majestic landscape specially in floodlit night.was decorated with truly eye-catching.

Meanwhile, the entire Ayodhya town has been illuminated while preparations are underway for ‘Deepotsav’. The event is known to break records of lighting lakhs of earthen lamps ever year on this ocassion.

#WATCH: Ram Ki Paidi illuminated for ‘Deepotsav’ to be held in Ayodhya, on the occasion of #Diwali. pic.twitter.com/WjUeBbWhfC 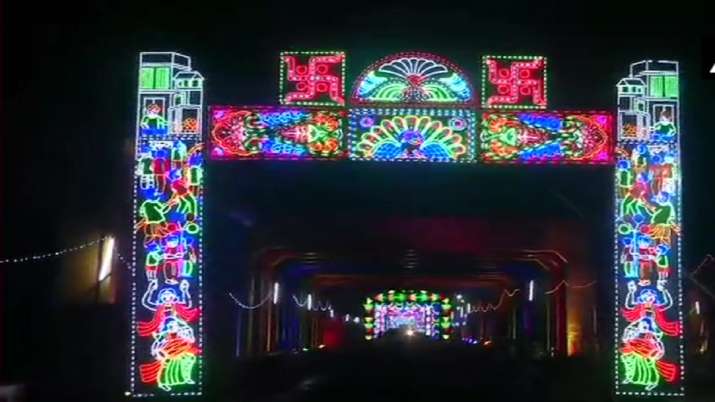 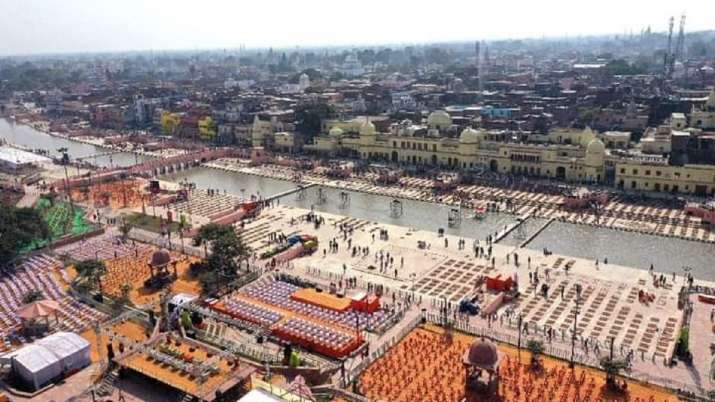 What’s more in Ayodhya on Deepotsav

Artists from the Lalit Kala Academy in Lucknow have been called to showcase 25 sculptures of Lord Ram depicting different episodes from the epic Ramayana at Ayodhya during the Deepotsav on Friday.

The artwork of these talented artists from Lucknow, Varanasi, Kanpur, Mathura and Prayagraj are made of fibre, terracotta, and wood.

These would be on display at the exhibition to be organised on the occasion, and include statues based on the ‘Jatayu episode’ and ‘construction of the bridge to Lanka’.

The entire Ayodhya city has been illuminated for the Deepotsav, with all ghats, mutts, temples and even private houses lit up.

To ensure that the coronavirus protocol is strictly followed, entry to the events has been restricted and people can watch it live on various TV channels.

First Deepotsav in Ayodhya held in 2017

This will be the fourth Deepotsav in Ayodhya after it started in 2017. It has been given the status of a state fair. The Chief Minister is taking keen interest in the arrangements for this Deepotsav is being held after the Supreme Court ruled in favour of the Ram temple.

The temple of Ram Janambhoomi will be illuminated with thousands of diyas, along with about 300 other religious sites, including temples, ghats and kunds.

ALSO READ | UP CM Adityanath hands over appointment letters to over 1,400 junior engineers